Kings BBQ Restaurant is founded on family. More than 85 years ago Frank King built a country store and filling station in front of his Kinston, NC farm to help provide for his. When Frank's son Wilbur started serving food from the country store's pot-bellied stove, he never dreamed his Eastern North Carolina-style BBQ, his family's homemade sauce and Southern recipes would be enjoyed by BBQ lovers in all 50 states, Canada, Mexico and the U.S. Virgin Islands!

Kings BBQ Restaurant began in 1936 when Frank King moved his family to a small one-horse farm and built a country store/filling station in front of the farm to supplement his income. Wilbur King Sr. took over running the store in 1938, adding a poolroom and a pot-bellied stove in the back, and the first Kings food operation was born. Pool players ate makeshift meals by heating up canned goods from the country store on the stove.

In 1941 Wilbur was drafted by the U.S. Navy to serve in World War II. When Wilbur returned from overseas, he added a hot dog plate in the country store. On February 13th, 1946, jubilant new father P.E. Shouldars bought the first hot dog on his way home from the hospital.

In 1947 Wilbur partnered with brothers Lawrence and Victor to launch King Brothers Barbecue. The country store became a cafe with a grill in the poolroom and hand-chopped barbecue pork on the menu cooked by Pitmaster Alonzo Hicks.

During the 1950's, King Brothers Barbecue became a local hotspot where teenagers could sip milkshakes, snack on barbecue and listen to the jukebox belt out hits. The back parking lot once enjoyed a reputation as the most famous "Lover's Lane" in Eastern North Carolina!

In the early 1960's North Carolina expanded its main highway to the beach, bringing millions of Crystal Coast tourists to Kings Bar-B-Que and Restaurant, which now had a kitchen, dining room and seating to meet demand. Every summer, we welcome familiar faces, now with their grandchildren in tow.

In 1971 Kings became what you see today - one of the South's largest restaurants with a seating capacity of more than 800, hosting special events, reunions, even high school proms. Ownership transitioned from Wilbur King Sr. (dec. 1973) and brothers Lawrence and Victor (retired between 1979-1981) to Wilbur King Jr.

Over time, Kings met a new demand from Eastern NC BBQ lovers who couldn't make it to Kinston and who couldn't make it without Kings. Wilbur launched Kings catering business - now feeding fans from the Triangle to the coast. Wilbur also put Kings on the map in the 1990's, literally, making sure Kings BBQ was just a click away via Kings Oink Express, our nationwide shipping service. Now you can order our hand-chopped Eastern NC BBQ, our secret sauce, BBQ ribs and sides online and put some South in your mouth within 48 hours!

The 2000's marked the start of an emotional transition for Kings - with a familiar face making sure the family BBQ restaurant would carry on - Joe Hargitt. Joe started working at Kings when he was 17, rising through the ranks from busboy to waiter to manager, and eventually running Kings BBQ Restaurant takeout locations for 16 years. Under Wilbur's watchful eye, Joe learned the in's and out's of the BBQ business - including a valuable lesson about how grabbing black pepper vs. red pepper when you're seasoning BBQ can make a big difference! Luckily, Joe only used up about 995 of the 1000 mistakes Wilbur allowed during management training.

In 2003, Joe assumed responsibility for running Kings BBQ Restaurant after the tragic death of Wilbur "Wil" King III. In 2004, Wilbur King Jr. began transitioning his 43-year ownership of Kings to Joe, who is now President. You can still catch Wilbur in the restaurant on most days, where he's a consultant on day-to-day operations. Joe is keeping Kings all in the family - you'll probably be seated by his wife Angie at lunchtime, and Joe is grooming his son Kristopher, who's been working at Kings since he was a teenager, to become the next generation to continue Kings tradition of a family-owned and operated restaurant.

In 2011 the Kinston-Lenoir County Chamber of Commerce recognized a huge milestone for Kings BBQ Restaurant - honoring Kings 75 years as a local, family-owned business and its service to the community.

No cash back. No cash value. No credit given. Customers may buy and use as many as they would like. 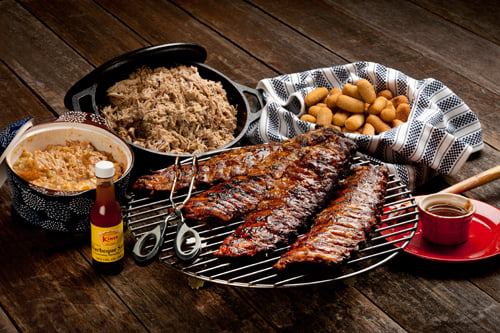 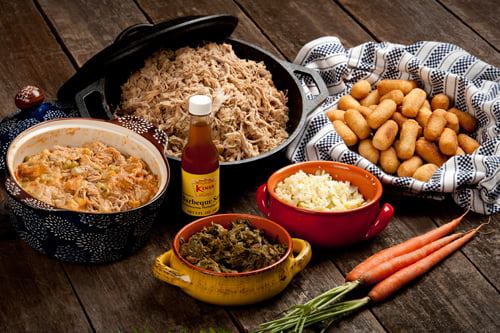 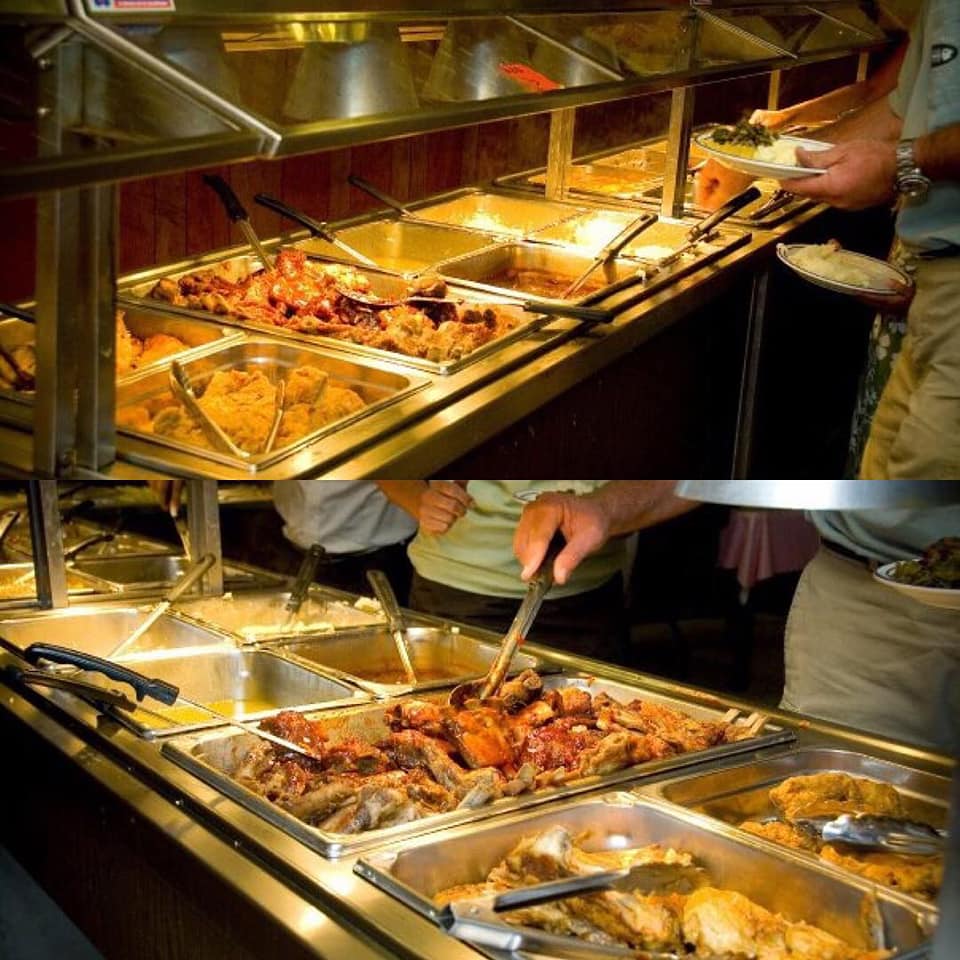 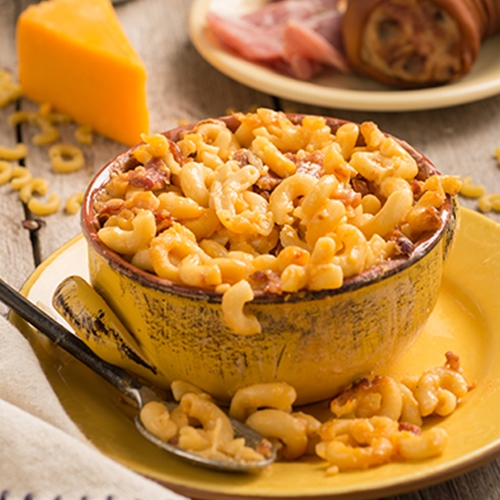 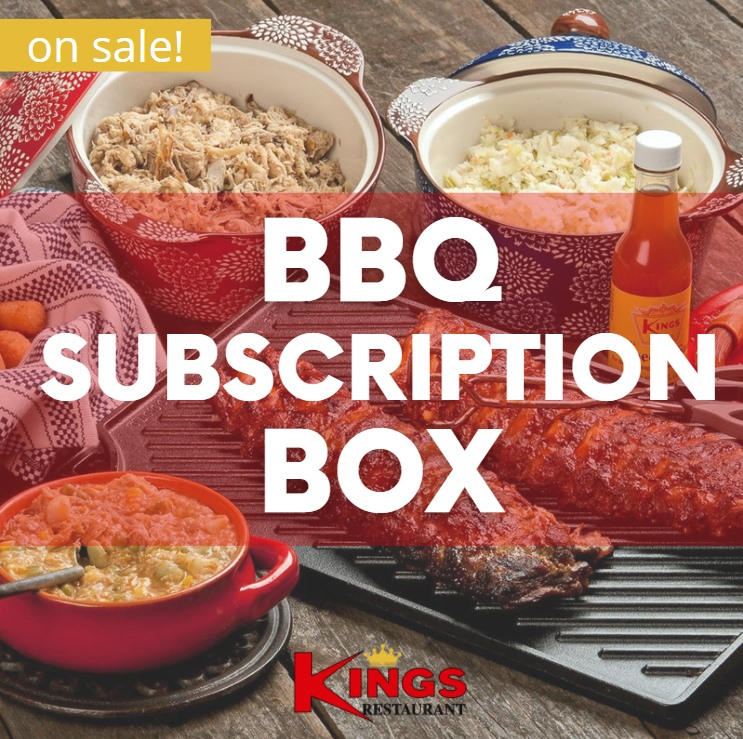